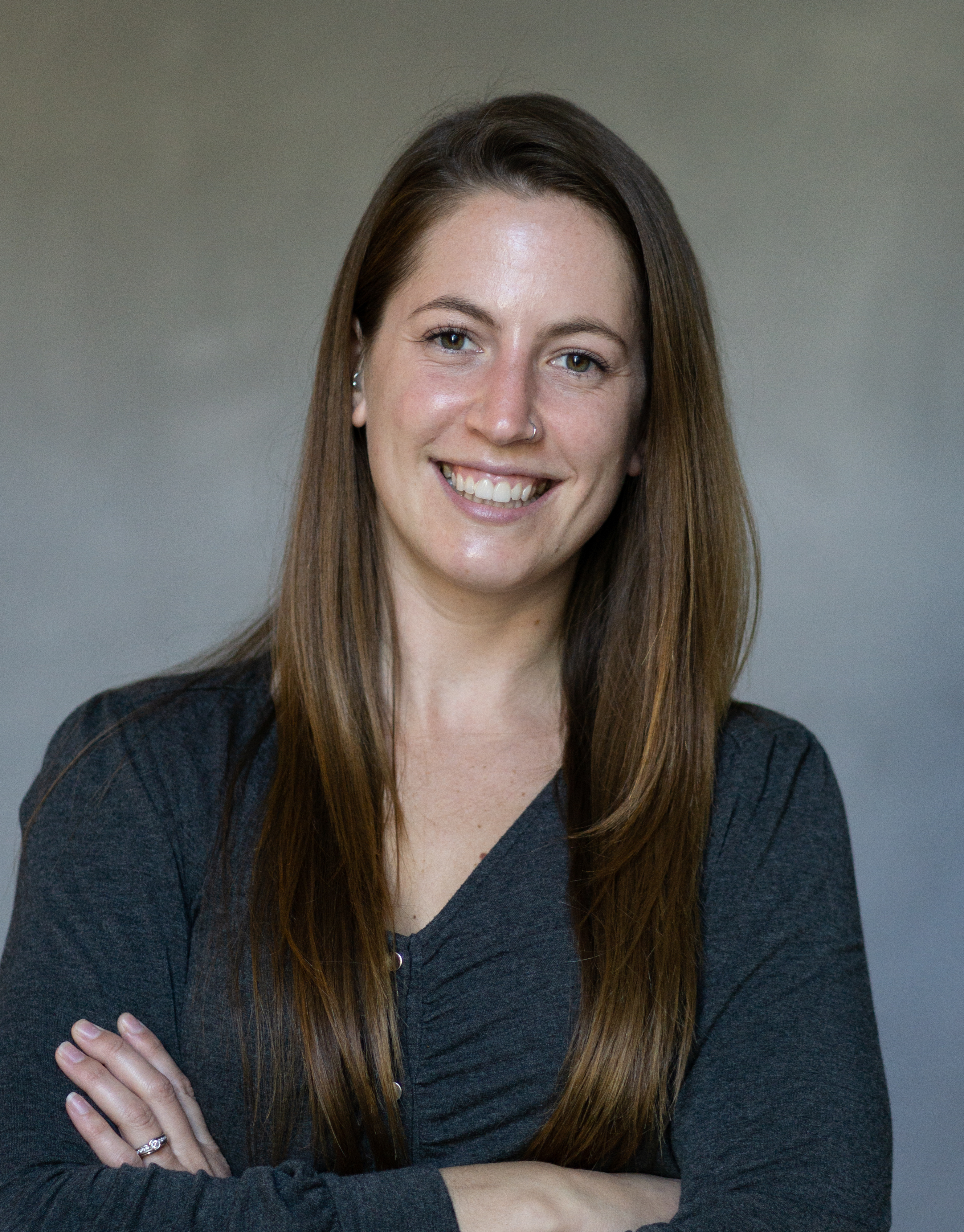 Danielle attended the University of Wisconsin-Madison for her undergraduate degree and completed her honors thesis in the lab of Francisco Pelegri. This experience sparked Danielle’s fascination with the microscopic world as she developed a system to visualize microtubule dynamics in developing zebrafish embryos and characterize the localization patterns of the dorsal-axis determinant, glutamate receptor interacting protein 2a.

Danielle moved to sunny San Diego, California in 2013 to start her graduate work in The Scripps Research Graduate Program in the lab of Gabe Lander. She used cryo-electron tomography and subtomogram averaging approaches to solve the first three-dimensional structure of the large, flexible, multi-subunit cytoplasmic dynein complex bound to microtubules.

In 2018, Danielle received the Harold M. Weintraub Graduate Student Award, completed her PhD, and accepted an independent research position in the Scripps Fellows program. She completed a short visiting postdoctoral position at the California Institute of Technology (Caltech) in the lab of Grant Jensen to train on cutting-edge instrumentation in the exciting and emerging field of cellular cryo-electron tomography before applying these advanced methodologies to her own independent research.

Danielle returned to Scripps Research in 2019 to start her lab as a faculty member in the Department of Integrative Structural and Computational Biology and received a promotion to Assistant Professor in 2021. Danielle was awarded the Damon Runyon-Rachleff Innovator Award from the Damon Runyon Cancer Foundation in 2021 and the Baxter Young Investigator Award in 2022.

In addition to exciting pursuits in the lab, Danielle is co-director of the Scripps Graduate Cell Biology course, a low-key yogi, a lifelong Deadhead, and a Michael Scott aficionado. 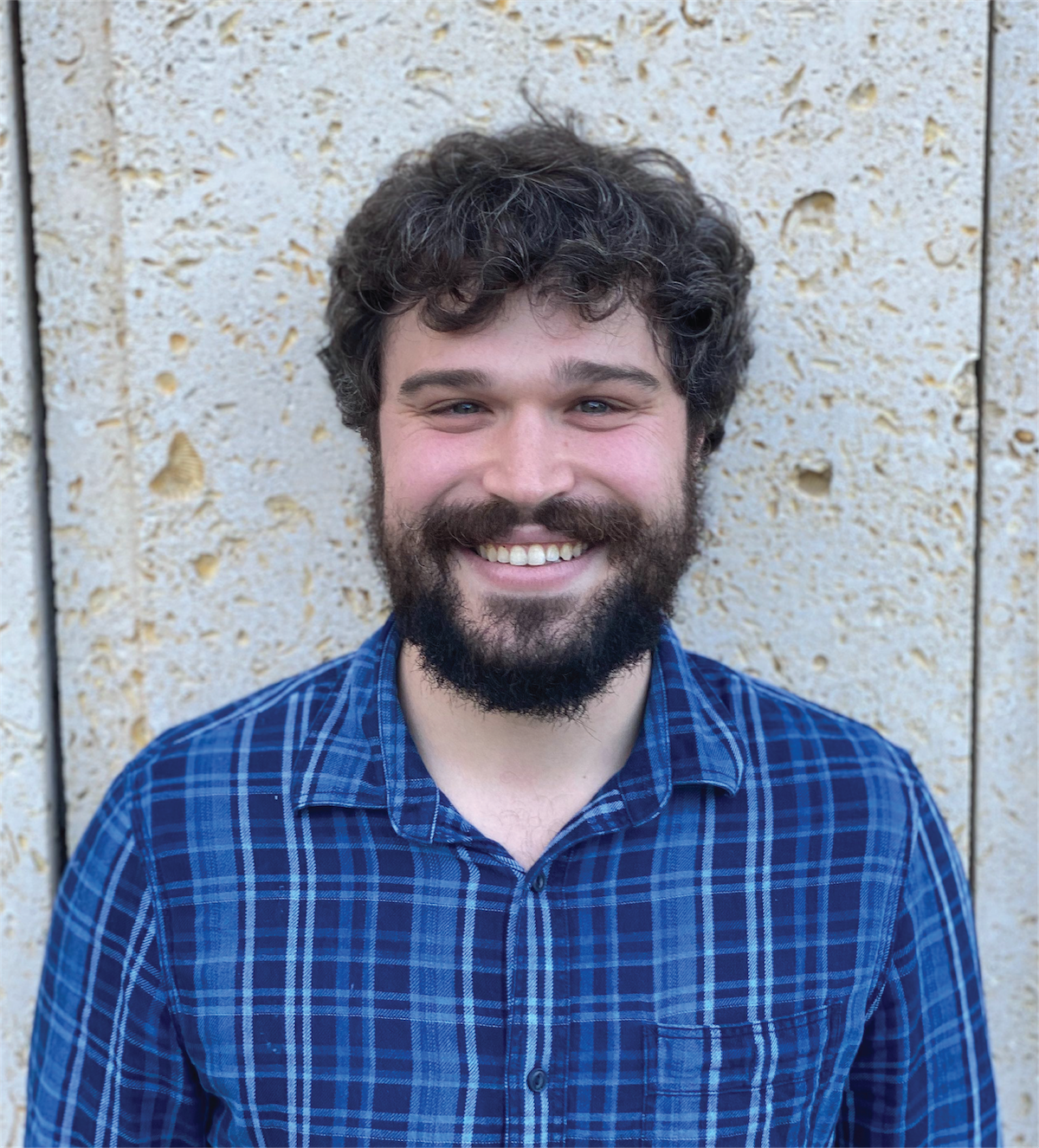 Ben earned his PhD in James Fraser’s lab at UCSF, where he developed software tools for data analysis and validation in structural biology, as well as experimentally investigating the mechanisms by which mammalian chitinases processively hydrolyze the prevalent polysaccharide chitin. Prior to that, as an undergraduate in Elizabeth Sattely’s lab at Stanford University, he investigated bacterial degradation of the polymer lignin. Before joining the Grotjahn lab, he worked at Genentech, where he developed software tools to automate processing of data from single particle cryo-EM.

Ben is interested in understanding how protein structure and function is impacted by cellular contexts. His work in the lab focuses on using in situ cryoelectron tomography to determine both structure and cellular localization in parallel, and to understand how protein structure changes in different cellular environments. He is particularly interested the regulation and function of proteins that polymerize in cells.

Outside of research, he is obsessed with finding the perfect cup of coffee, a quest that has included learning to roast his own coffee beans.

Ben is supported by a postdoctoral fellowship from the American Cancer Society. 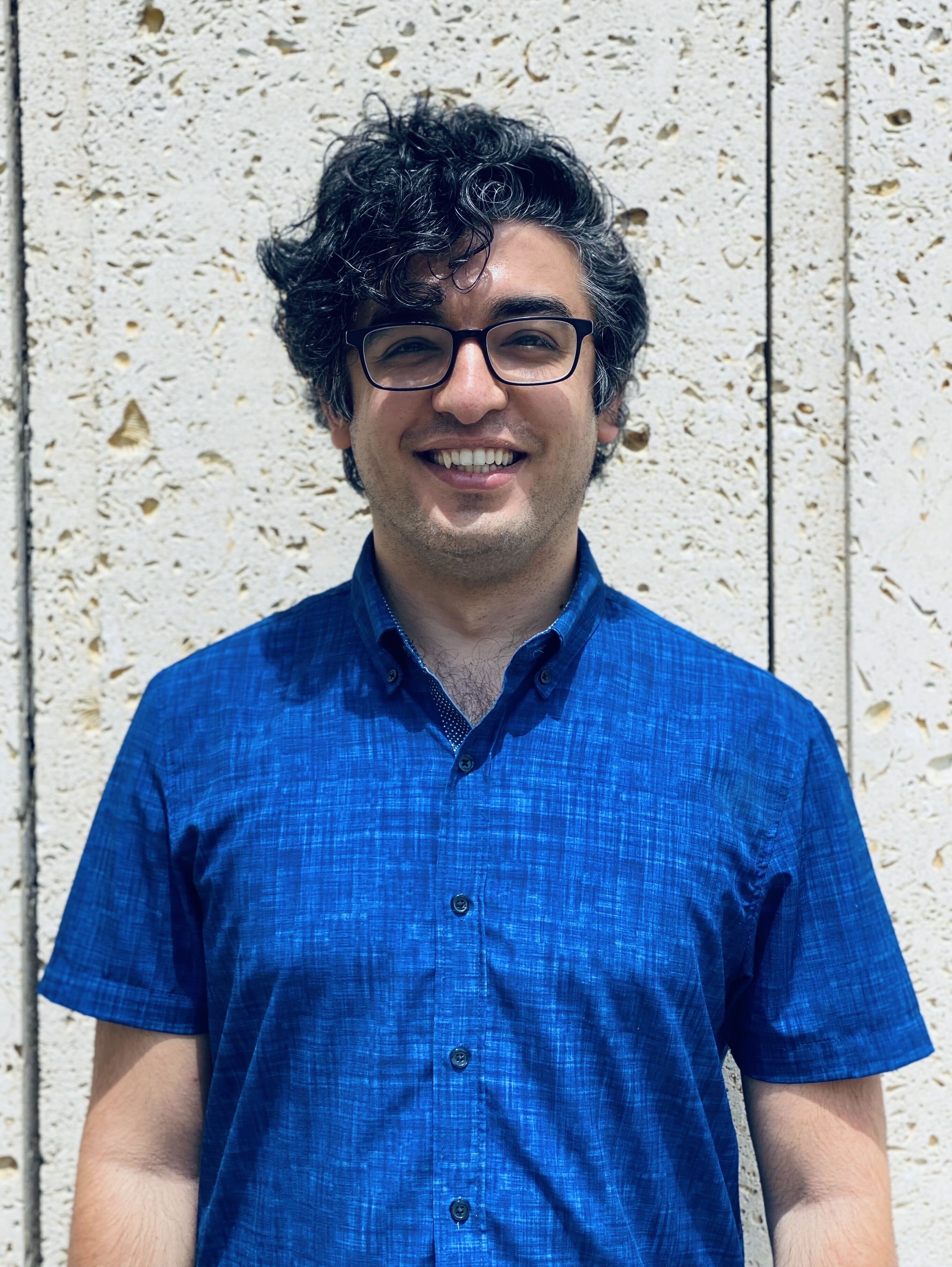 Hamid got his BSc in Physics from University of Tehran in Iran. He went to FSU for his PhD where he worked on Ultrafast Electron Diffraction before moving to cryoEM field in Kenneth Taylor’s Lab.

His PhD was focused on the myosin coiled coil structure from the giant water bug (Lethocerus indicus) using single particle reconstruction and he is very pround of his de novo, 1600A long atomic model 7KOG.

Outside of research, Hamid enjoys running, reading, and Iranian music. 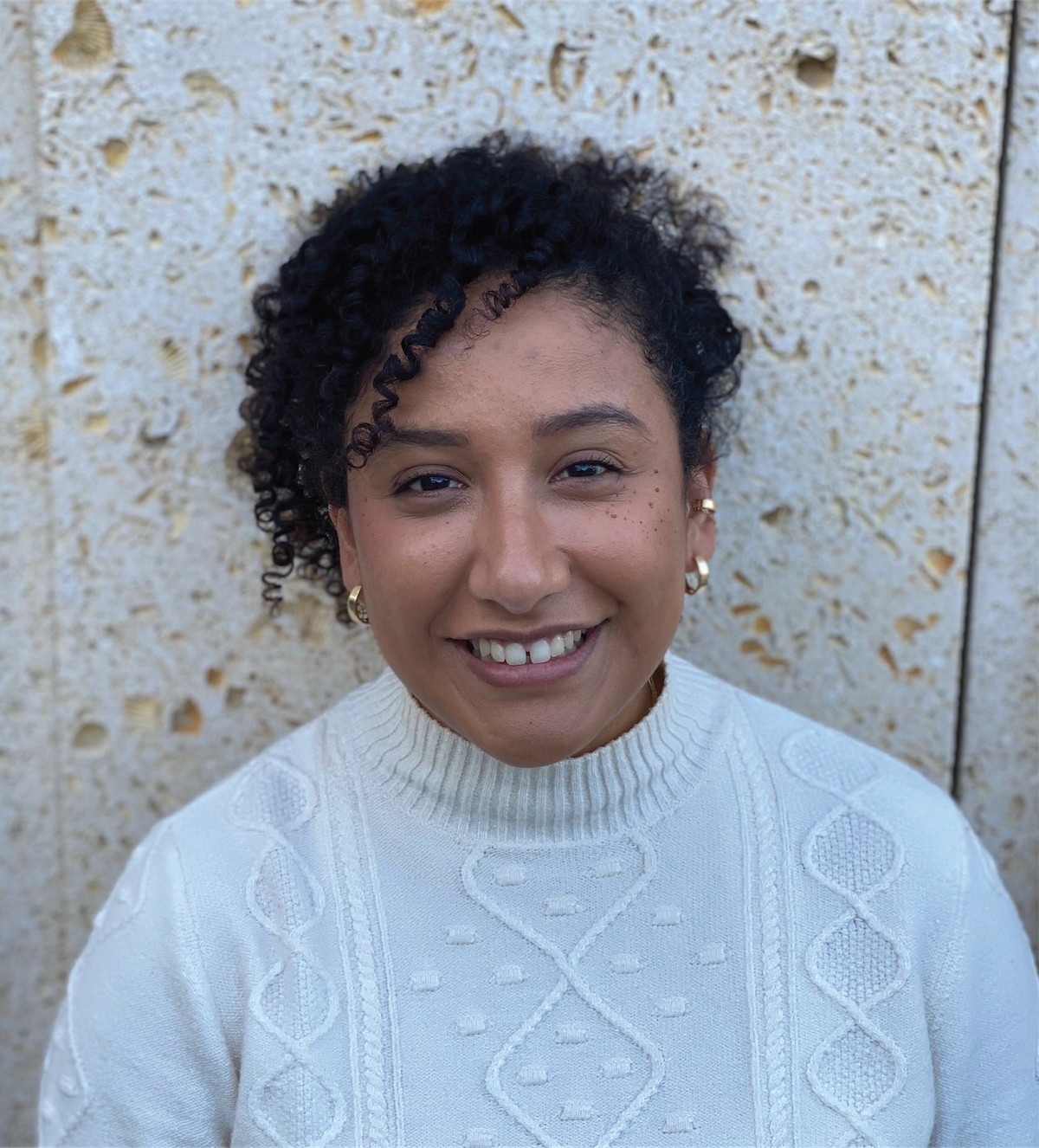 Michaela received her undergraduate degree in Biochemistry and Cell Biology from the University of California, San Diego. She conducted her undergraduate and post-baccalaureate research at the Salk Institute in the lab of Dmitry Lyumkis. In the lab, she utilized biochemical and single particle cryogenic electron microscopy techniques to better understand the process of gamma retroviral integration.

Michaela joined the Grotjahn Lab at the Scripps Research Institute for her PhD, where she is interested in using the cellular cryogenic electron tomography to investigate the morphological changes in mitochondria in response to cellular stress.

Outside of lab, Michaela is a classically trained double bassist, an avid reader, a weekend hiker, and a foodie. 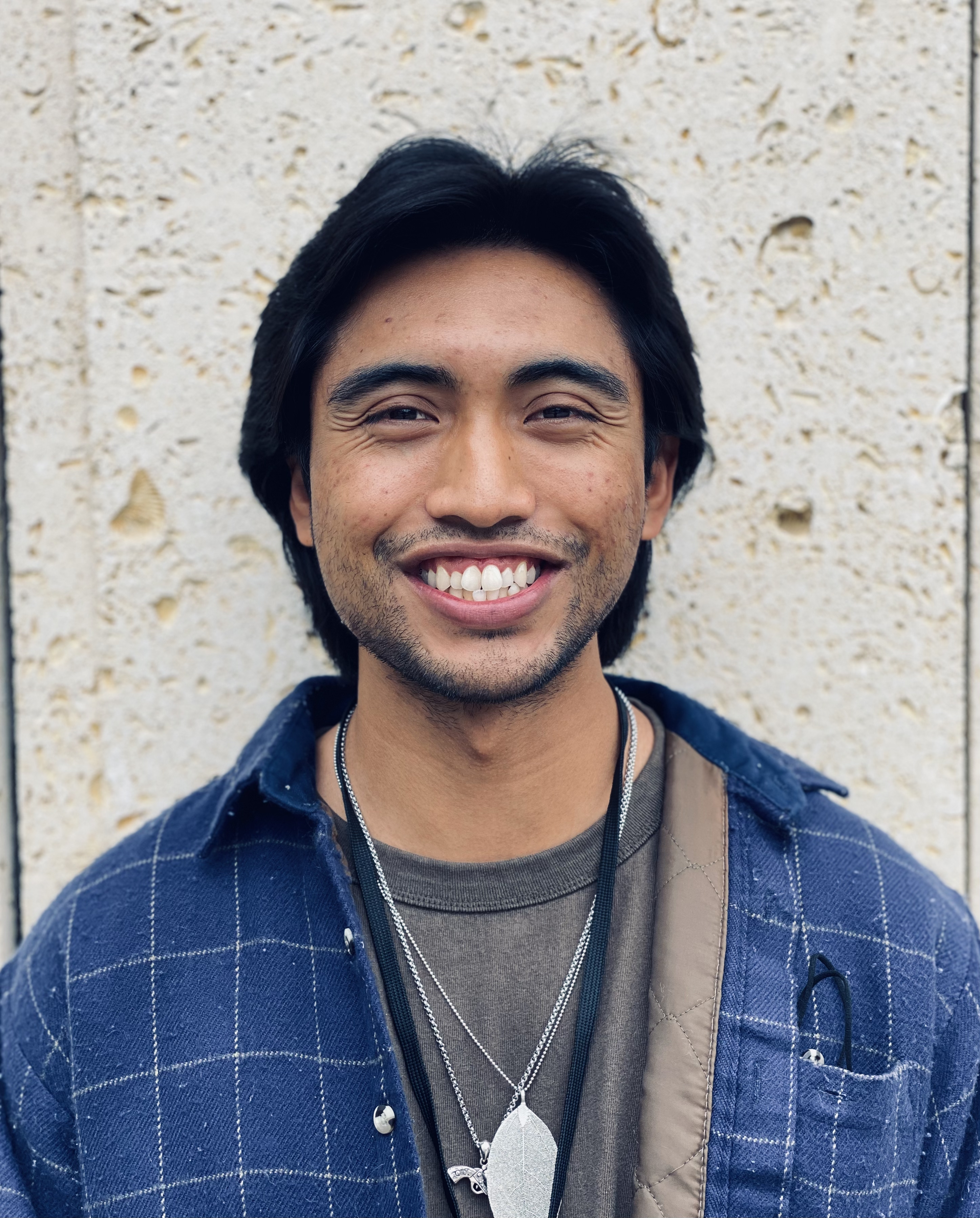 Dan earned his undergraduate degree in Biochemistry from California State University, Los Angeles. He completed his honors thesis in the Zurita-Lopez lab, studying histone tail post-translational modifications using biochemical techniques. He then went on to work as a research assistant in the Rodriguez lab at University of California, Los Angeles. There, he utilized structural and biochemical techniques to study broadly neutralizing antibodies against New World Hemorrhagic Fever Arena Viruses.

Dan is now a joint PhD student in the Grotjahn and Wiseman Labs at Scripps Research Institute, where he uses cryo-electron tomography and biochemical approaches to investigate the molecular mechanisms that regulate mitochondrial morphology in response to cellular stress.

Outside of research, Dan enjoys skating, photography, grubbing with the homies, and hanging out with his cat and doggo. 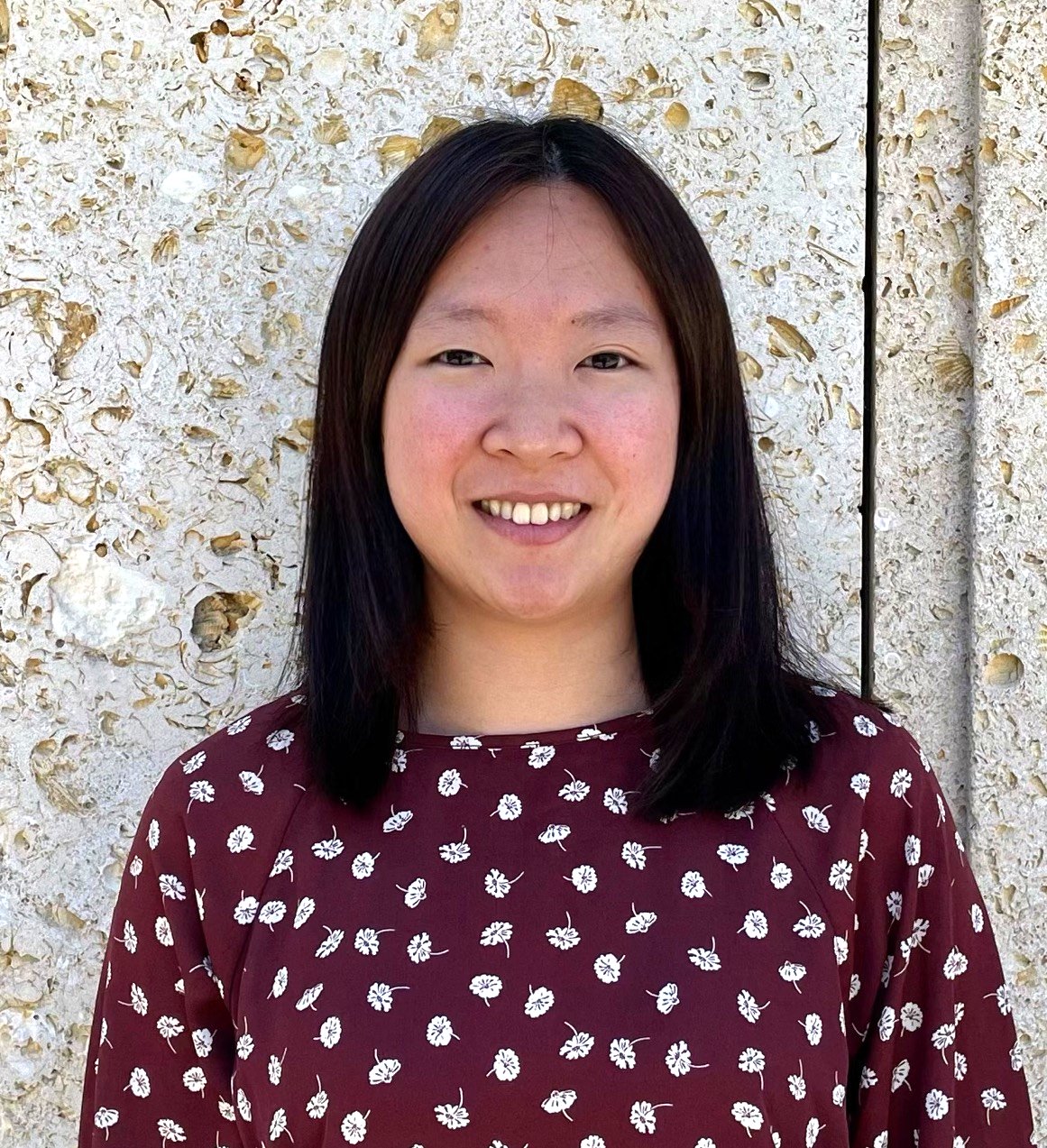 Atty received her undergraduate degree in Biological Science and Technology from National Chiao Tung University and her master’s degree in Biochemistry and Molecular Biology from National Taiwan University in Taiwan. She then worked as research assistant in Meng-Chiao Ho’s lab at Academia Sinica, Taiwan and utilized structural techniques to investigate the interaction between the transcriptional factor Sub1A1 and DNA in rice.

Atty explored the research abroad and continued her journey in protein structural research in Damian Ekiert/Gira Bhabha’s lab at NYU school of Medicine as a research technician. She studied the de novo designed helical proteins and the regulators of intracellular pathogen response (IPR) pathway in C. elegans by x-ray crystallography. Atty is now a PhD student in Grotjahn lab at Scripps Research Institute and study the protein import machinery on yeast mitochondria by cryo-electron tomography.

Outside of research, Atty loves to explore new restaurant, travel, and play volleyball. Joan is now a joint research assistant in the Grotjahn and Williamson Labs at Scripps Research Institute, where she uses cryo-electron tomography to study ribosomal intermediates in E.coli.

Outside of research, Joan enjoys playing the piano, learning new choreographies, going to escape rooms with friends, and putting puzzles together.